Back to Andalucía to the land of free tapas. 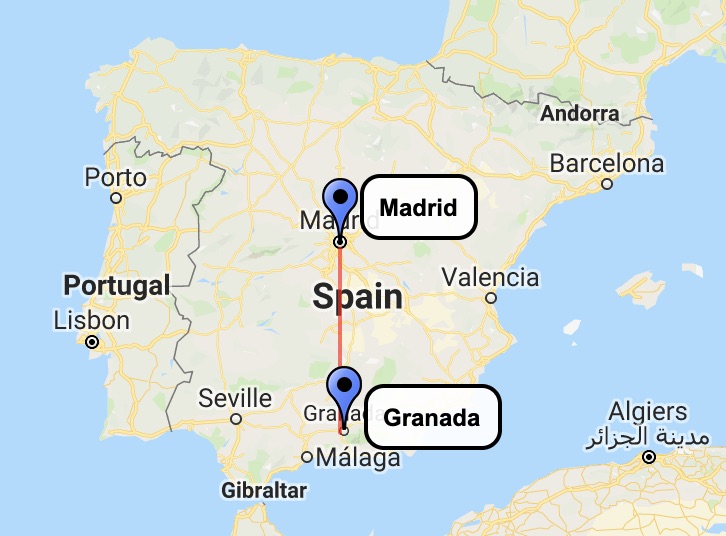 Much like Salamanca, ISA booked us a nice 4-star hotel. It was simultaneously a jewelry shop (?) and conjoined to a restaurant with the unfortunate name “Garbo”.

I don’t remember if I mentioned it for Salamanca, but these hotels have a quirk where you have to put your room key in a slot inside to turn on the electricity. This can be easily fooled with any other card shaped object, as discovered by another student who substituted her room key for a Dominos rewards card.

This one had an even better breakfast than the last. Just going through these pictures is making me hungry.

Fresh squeezed orange juice. A sheet of honeycomb to carve from. Chocolate with churros. Man, were we spoiled.

This is the big boy attraction.

Sierra Nevada mountains in the background

Before entering our belongings were sniffed by a guard dog, presumably to prevent unauthorized bacon smuggling in the Muslim palace. As soon as he left his post, some cats made a tactical advance.

There were actually a lot of cats in the fortress.

manning the cannon in preparation for the inevitable cat uprising

The buildings were beautiful as expected. I liked all the Arabic script and flora molded into the walls. 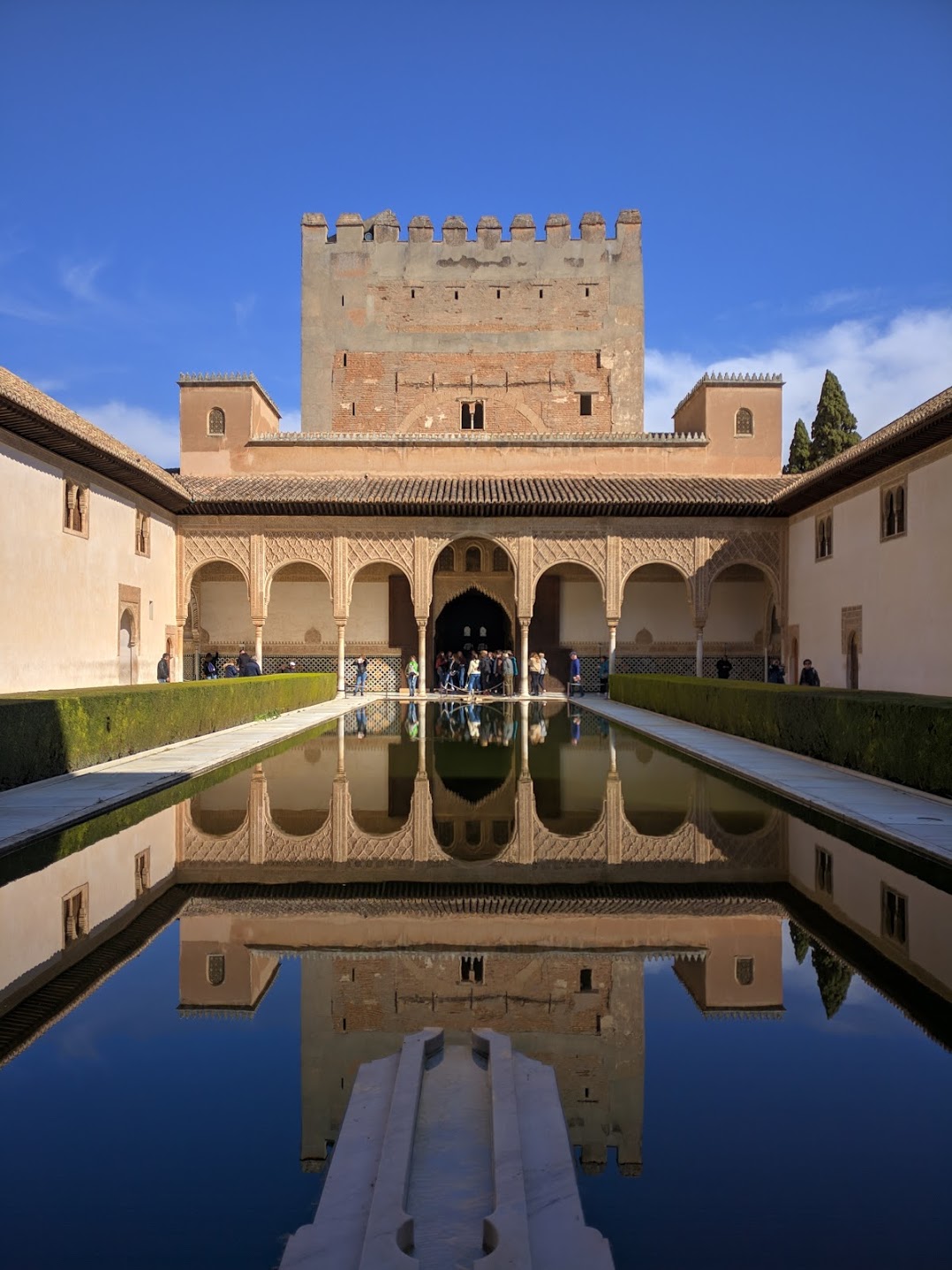 The molding on the ceilings was designed to look like stalactite-filled caves, which are prevalent in Granada. We went to one of these caves to view a flamenco show.

Okay, this wasn’t exactly how it sounds. The “cave” had been turned into a little pub so it wasn’t like we were sitting under stalactites.

There were a lot of dancers, at least two men and three women. We had the room to ourselves. I was right up front; you could say I was in the “splash zone” as the male dancers violently flicked their sweaty arms about. The poor guy next to me got face-whipped during the old lady’s scarf routine.

The path to the outlook view of Alhambra took us through some tight market streets.

This is the Middle eastern version of kebab. Much like kebab it’s very cheap.

A group of us ate at this gimmicky (but very comfy) upstairs tent area in the “Taj Halal” restaurant. 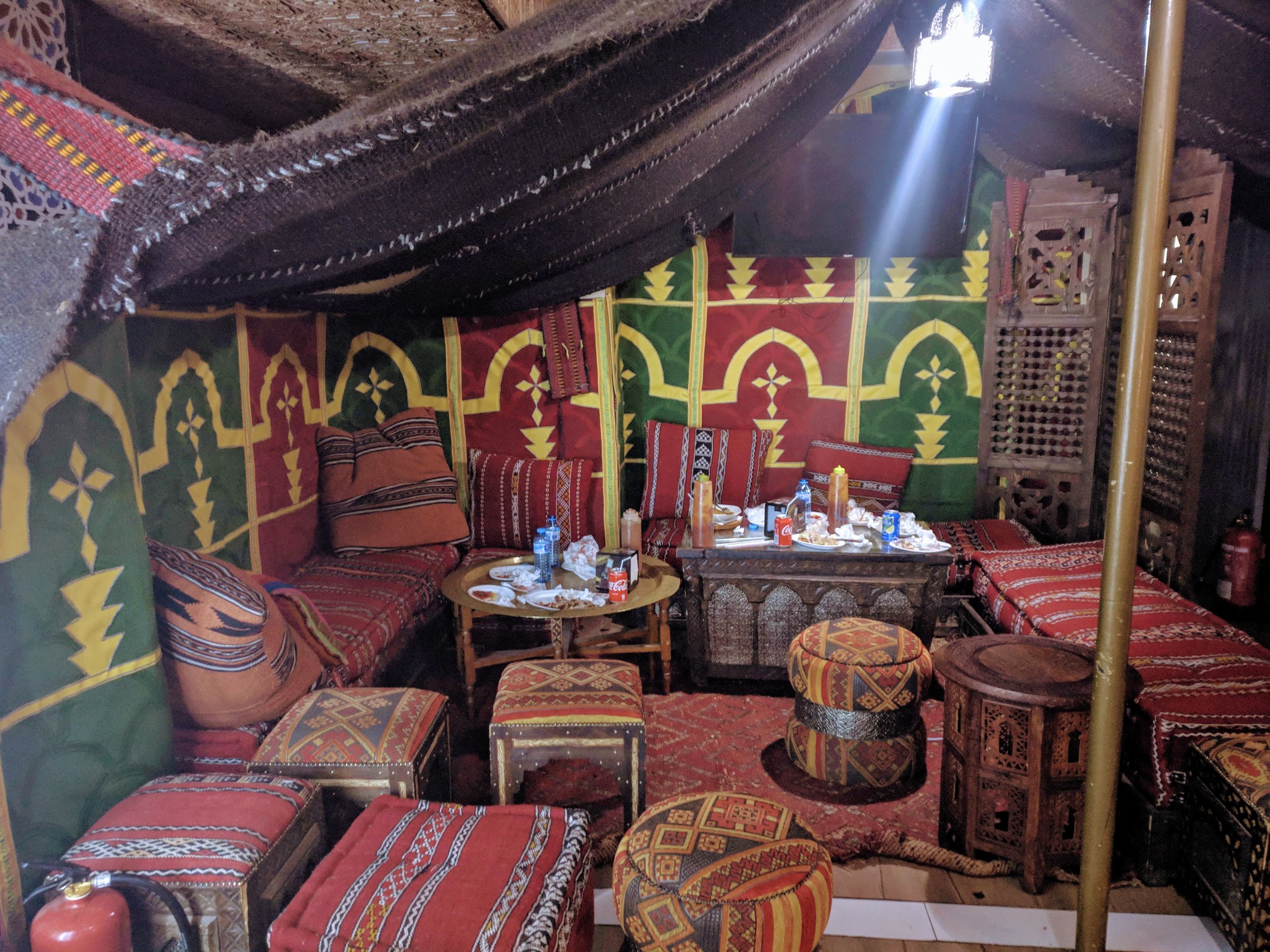 I got mine with feta cheese, yum. Very similar to the kebab I’ve had but with a better mix of veggies and thinner pita.

A little roll of cinnamon cake drenched in sugar juice. 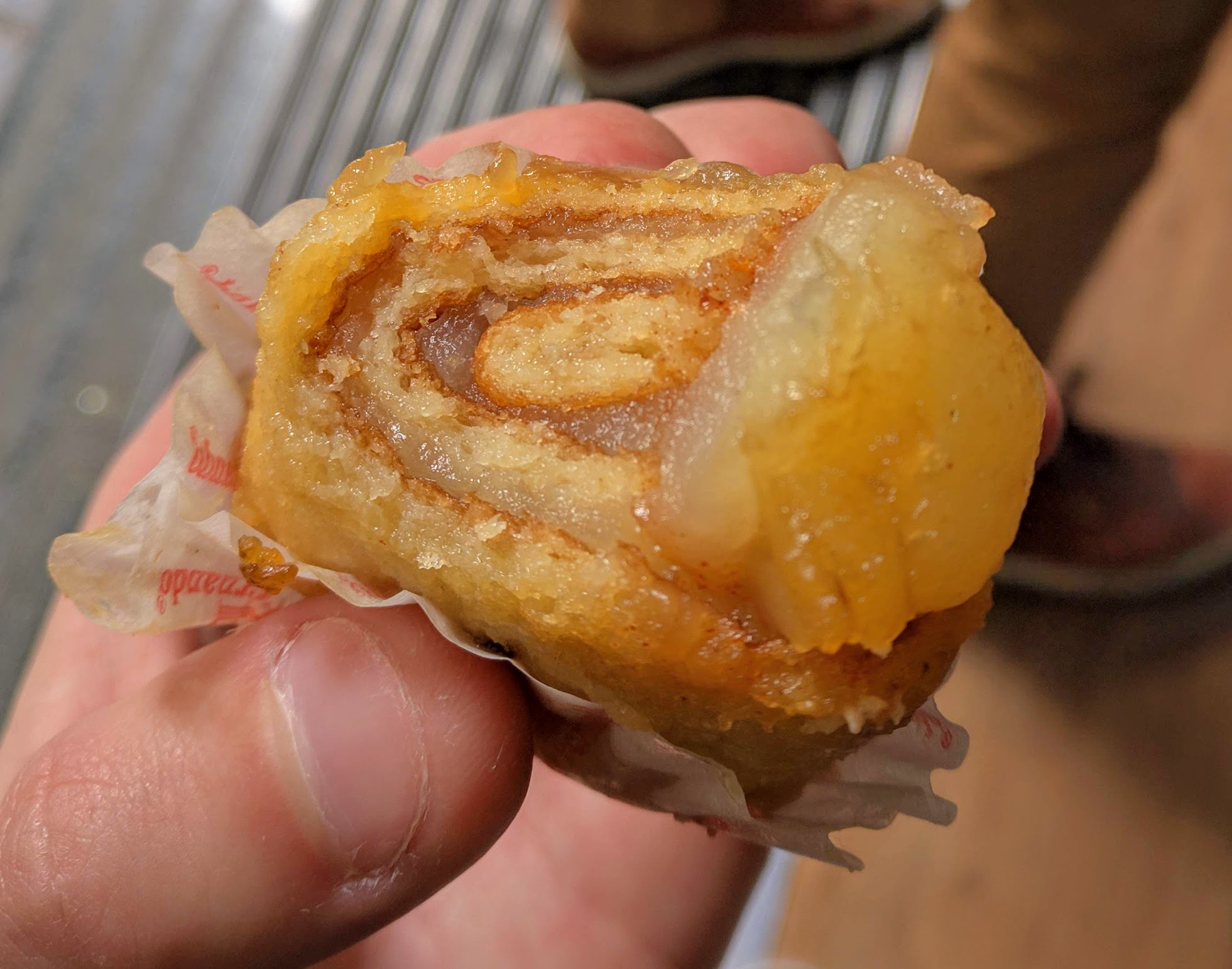 Obviously tacos aren’t a specialty here, but we stumbled into this fun looking Mexican place on the first night. I was cracking up at the smooth jazz cover of “Hotel California” that greeted us (followed by more smooth jazz covers of American pop songs). Service was two slow that night, so we had to rush off to the flamenco show before we could order.

I suggested we come back the next night. I kid you not, the same exact “Hotel California” smooth jazz cover was playing again. One of the guys in our group is a Spanish pro, he smooth-talked the barista (who clearly was not having a good night) into getting us seats and orders. By the end of the night, she ended up giving him free tacos and our whole group a couple rounds of (mostly icee) shots.