There’s a mystery that’s been solved this week. Since arriving in Spain, every so often I see a crowd of blindfolded burly men lugging a huge wooden frame through the streets, often loaded with cinder blocks. I distinctly remember seeing this in Jerez and Córdoba. 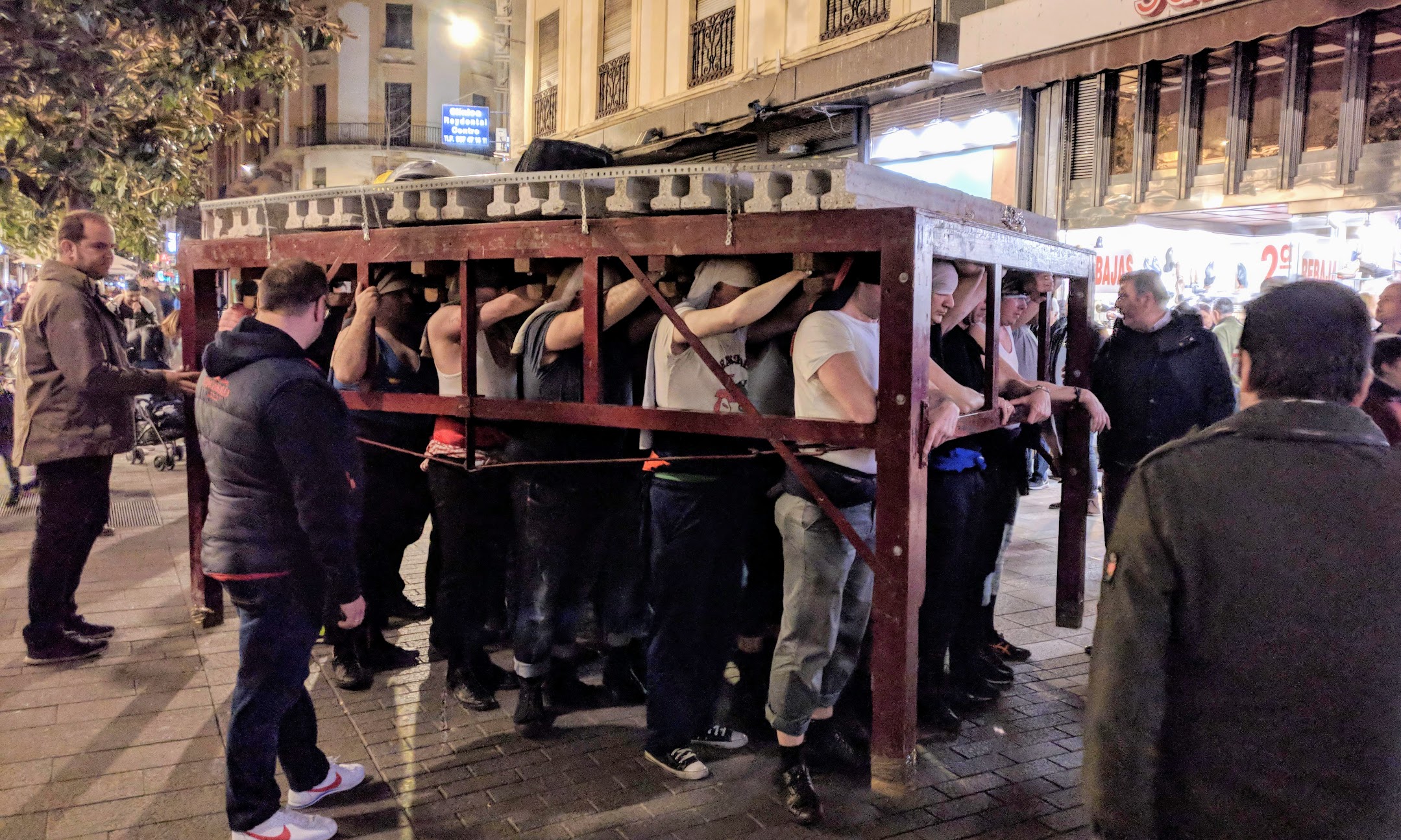 It was clear they were preparing for something but it wasn’t until now that I knew what it was.

Here is a really amazing short film that captures what I might have seen if I had gone to the more traditional parts of Spain. It deserves a full-screen watch.

There are parts of Spain where you can watch guys violently flogging themselves and getting stabbed, if you so desire. Most of the country just uses the holiday as an excuse to get drunk and eat pastries. 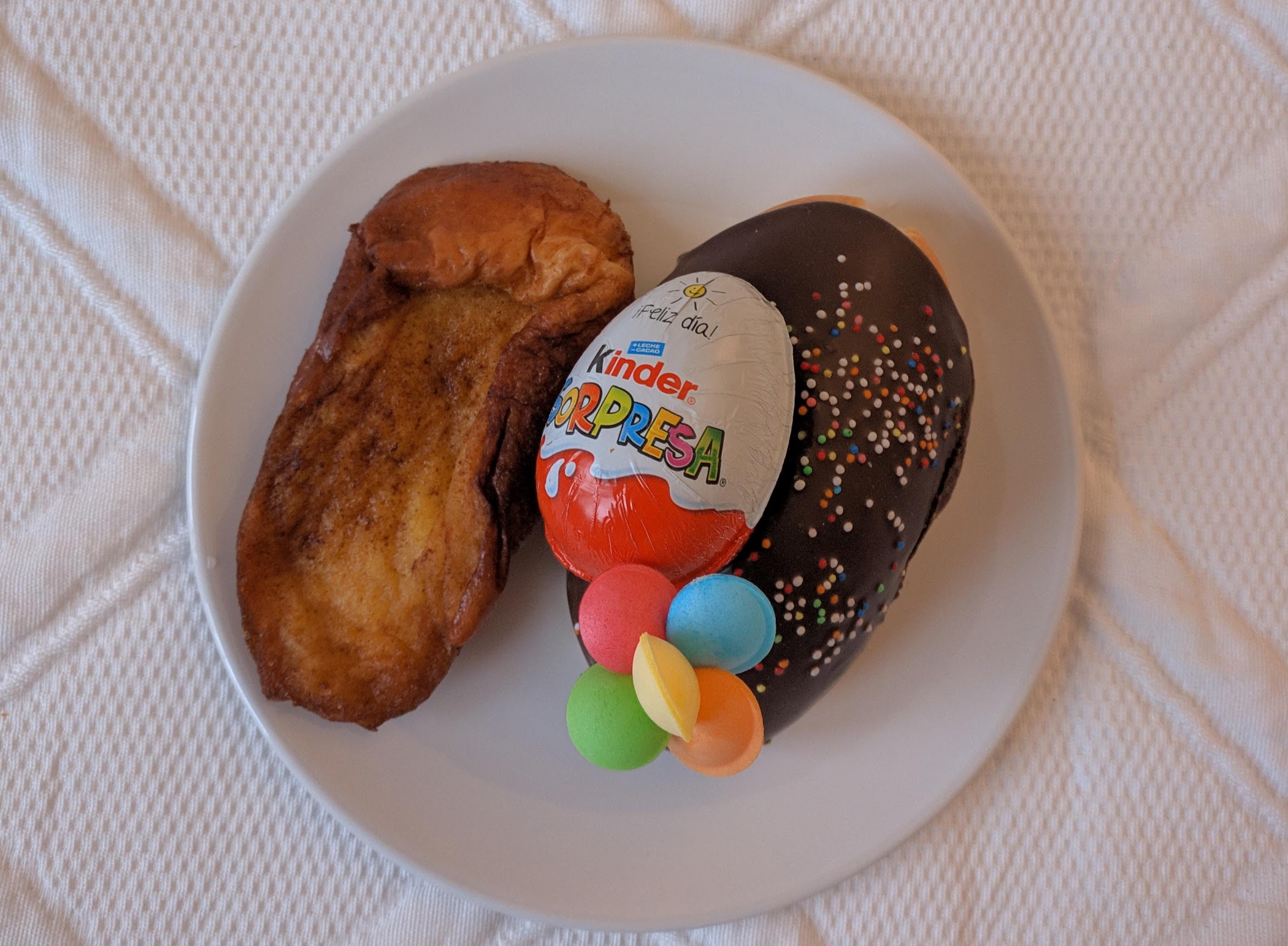 I couldn’t find the Easter drumming that was supposed to be going on in Madrid but I did really enjoy this “Barba Dixie” jazz band in the streets:

I packed everything for the weekend into my little school bag and set out for my first independent excursion out of Spain.

The metro from the airport was awesome. It is driverless so you can sit up front and see out the window. It is like an amusement park ride 😀 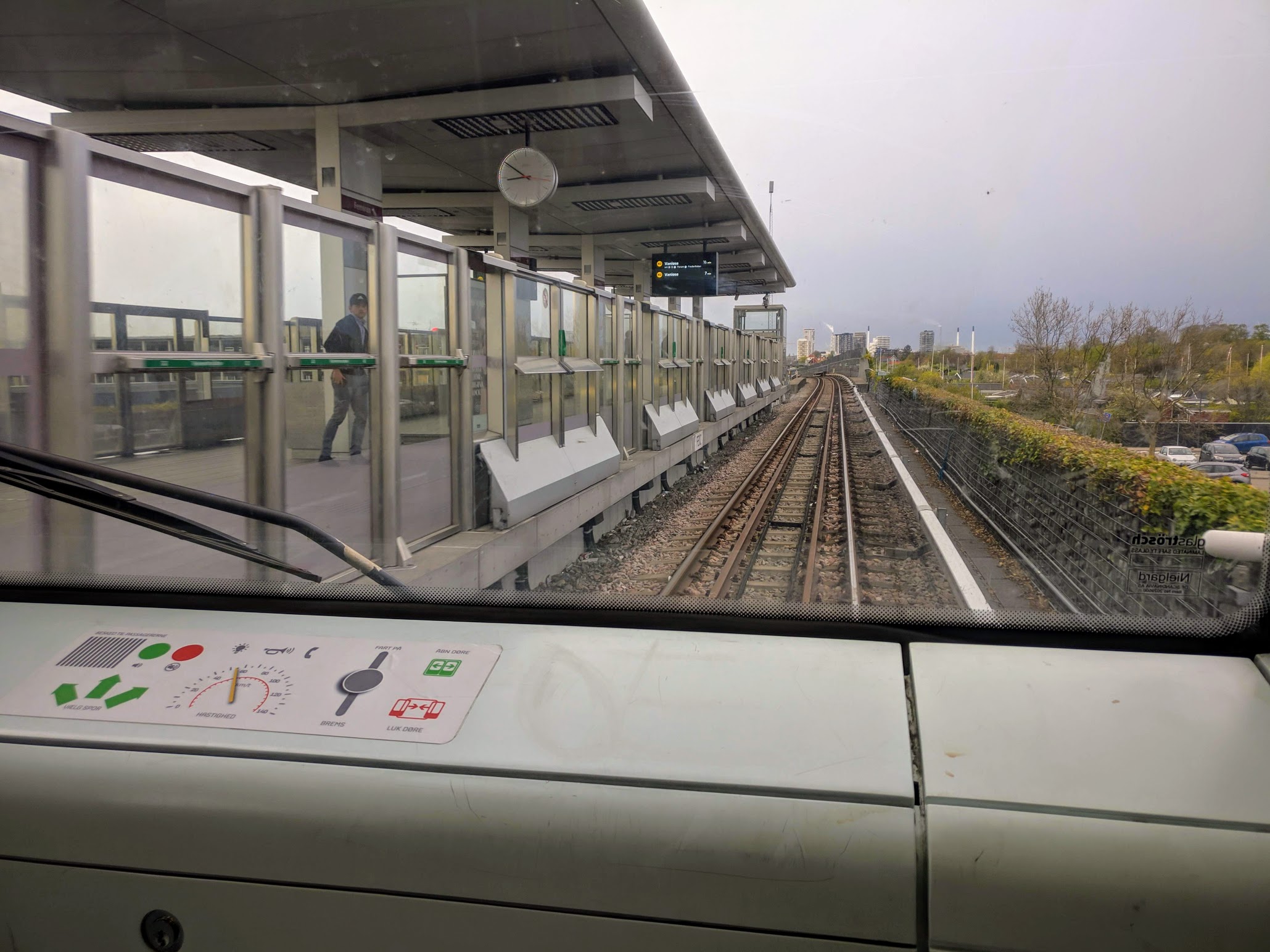 The faux-controls are a nice touch

I soon wandered into the meatpacking district, where I followed my ears to WARPIGS pub. Outside was a rock performer singing a (probably improvised) ditty about pizza and beer.

“Hats off to Copenhagen; hats off to world peace”
-Pizza beer guy

I like these decorative metal ones way better than the plain stone ones of Spain. I wanted to climb up one of them, but everything seemed to be closed off when I visited.

This dragon ice cream cone lookin’ thing from Børsen was my favorite: 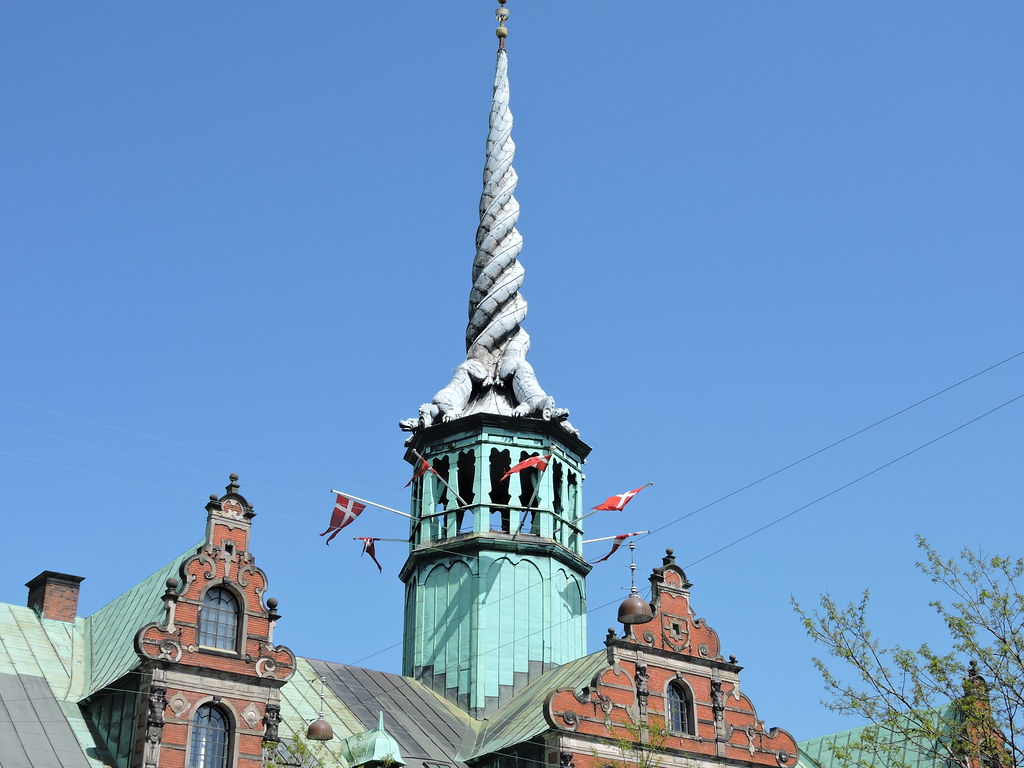 Crossing the street in Copenhagen

Step 5, because the walk lights don’t blink before they tell you to stop, unlike every other sensible city. Steps 3-4, because… 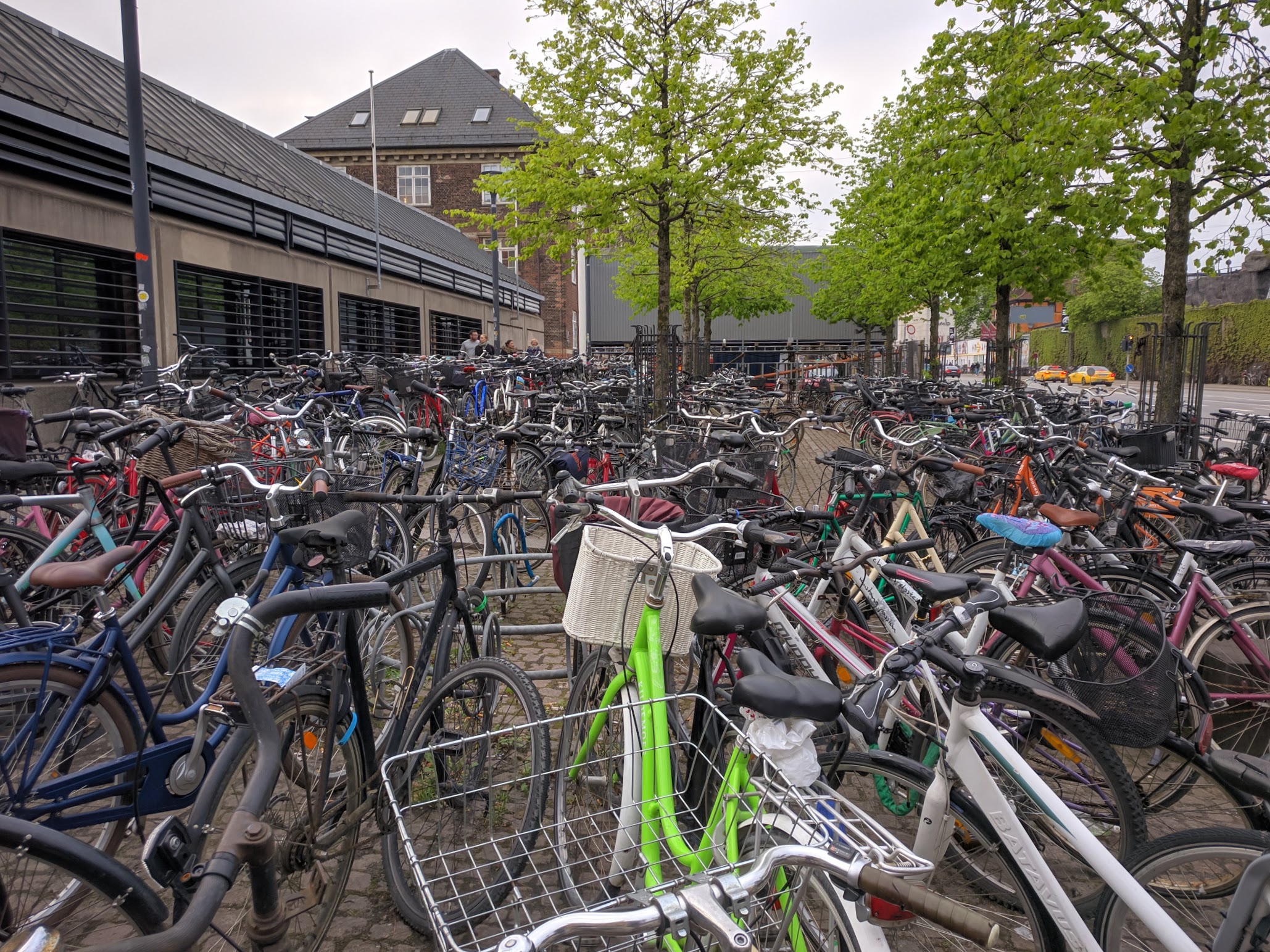 …there’s a lot of bikes.

It’s a service that connects you with people sharing their couches for travelers. As a new user, it’s very hard to get responses, especially with the quota of 10 requests per week. Luckily, Martin from Hvidovre eventually accepted my stay.

looking back, I'm pretty sure I left my flashlight clipped up there in that camper...

I never actually met Martin, as he had business to do in the countryside. He just left the place open for me along with some materials for making tea in the morning. It was quite the bizarre experience.

On the walk from his place to the metro, I was intrigued by this house: 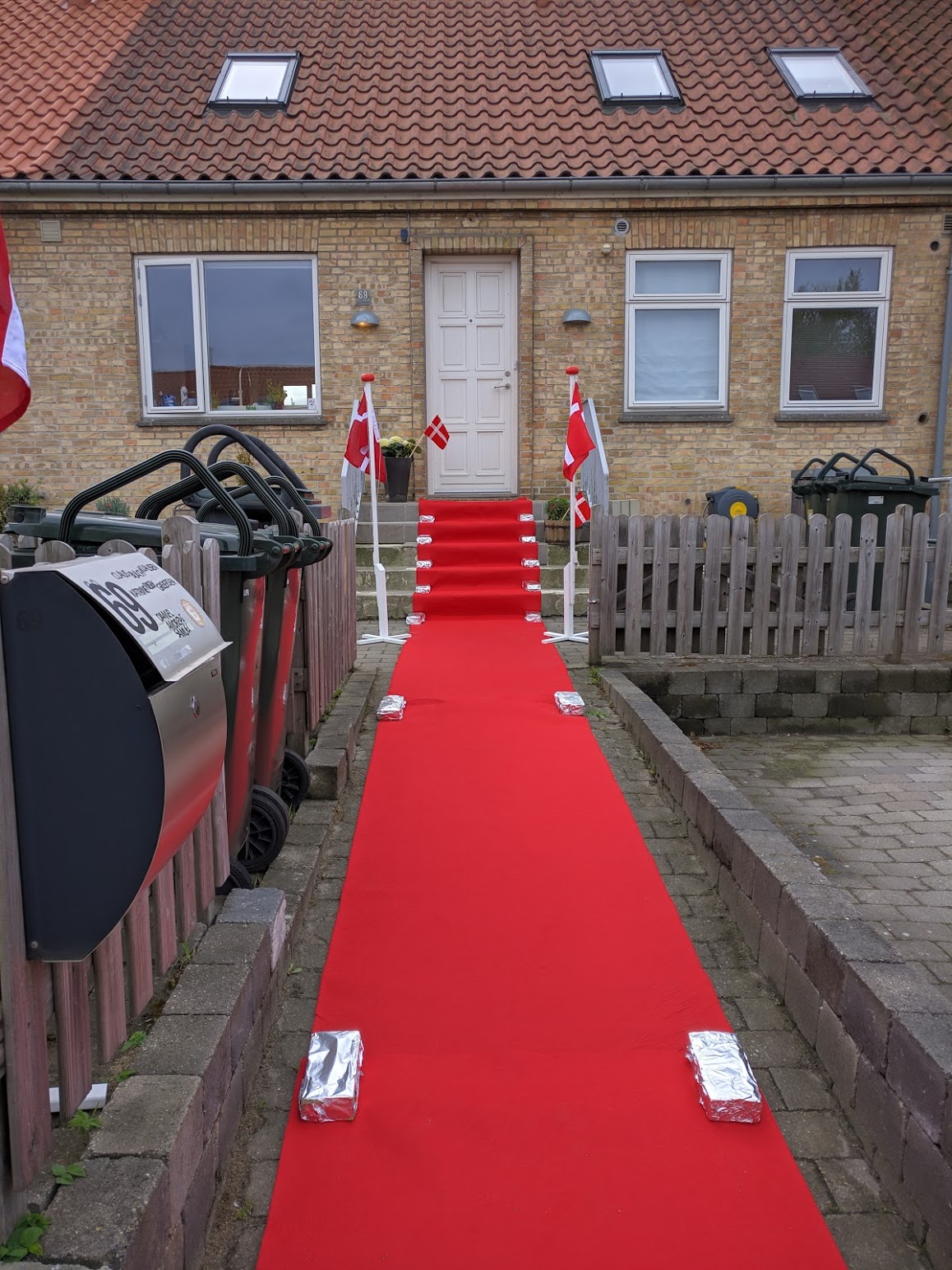 All it takes is a trip to Jo-Ann Fabrics, and you too can feel like Danish royalty.

Changing of the guards

The big concern of visiting an expensive city: how will I eat?

The app that changed my life

This made my 7€ a day food budget much more manageable. I found a participating market down the street from my residencia where I can get six trays of prepared food for 5€, which is 3x the amount I would get on the meal plan for 7€. Absolutely insane savings. It is quite literally cheaper than buying groceries and making own food. 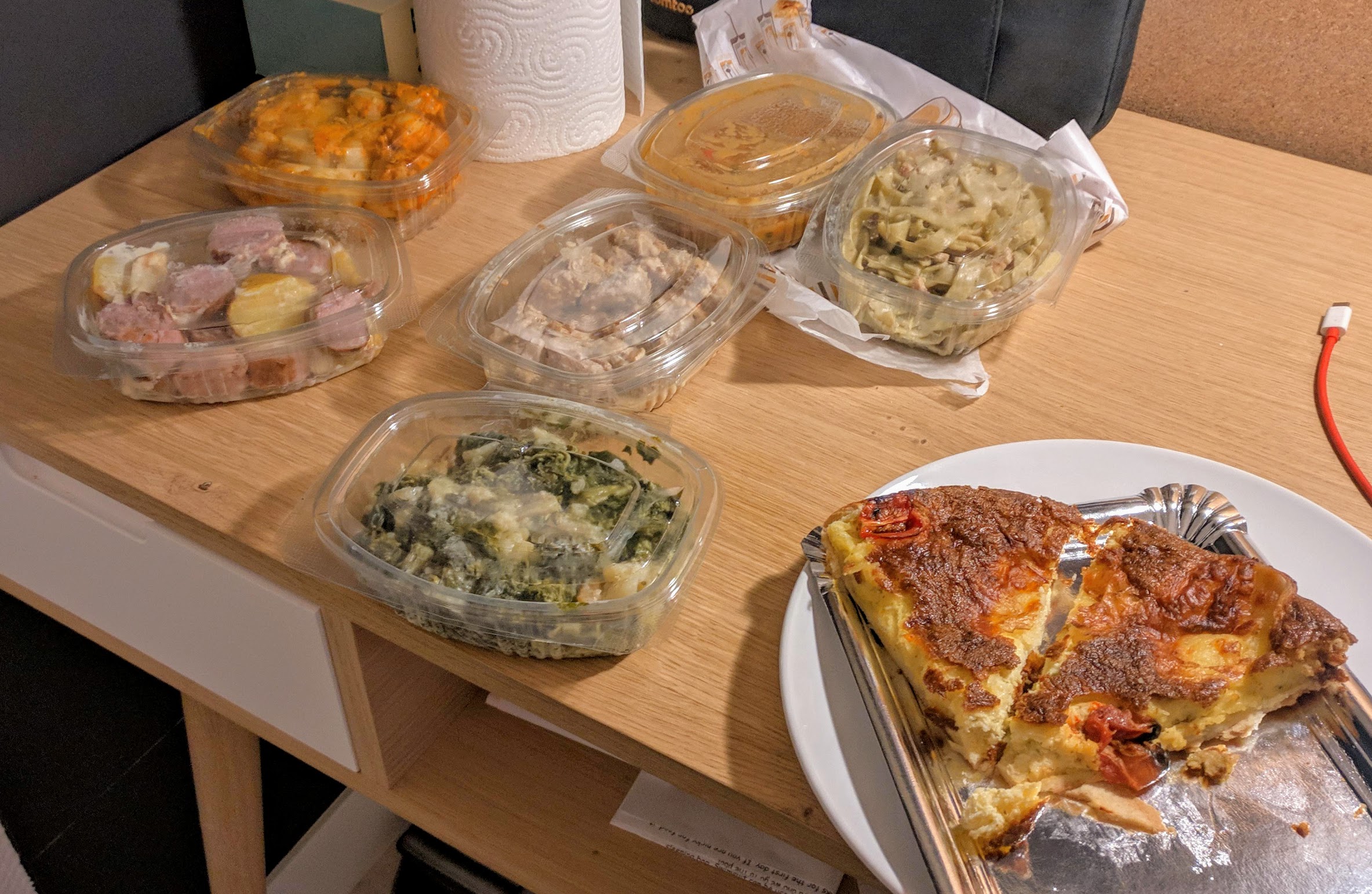 All this for just 5€

I also have had luck with cafés and Chinese buffet.

I was able to get meals for 29DKK or less, which is under 4€. For Copenhagen, that’s amazing. A single beer at a normal restaurant would cost more than that.

That pic on the left is from a vegetarian buffet. It’s quite possibly the best food I’ve eaten in my life. I really liked this carrot coconut pineapple salad they had. I went back here for a second night, it was so good.

When things don’t work out

Usually the app works flawlessly, but sometimes things don’t work out. Some restaurants will have to cancel orders if they don’t end up with extra food.

For one lunch, my restaurant of choice was actually closed. I met some other users of the app similarly trapped outside during the pickup window. One of them was a local girl, Suzanna, who helped show me around to some other places I could get lunch.

relaxing on a huge circular cushion in the lobby

Rain set in over the city as I went to pick up round 2 of veggie buffet. Food in hand, I sat outside in the dark by some heat lamps under the front canopy. The bells chimed ten, a melody over the soft pitter-patter over my head and distant city buzz.